Soundy - A Giphy for Sounds

Soundy is a new way to express yourself through a few seconds of your favourite song, a cliché from movies or simply by an exact and appropriate sound that comes through your mind at that precise moment. It’s now a database with more than 1000 sounds!

Are you ready to join us on this odyssey of sounds?

###How it started During our daily job we probably use Slack more than those old school traditional conversations, aka live and in person. We are not trying to be different just because, but we are a remote company. We don’t want to leave anyone aside from our daily conversations.

One of the things we use a lot in slack is the already known Giphy to express feelings though famous gifs. But we still felt the lack of a proper way to send a specific sound, a feeling, a cliché sound for some situations. Something very similar to instant buttons but with more diversity of sounds for different situations.

So, during an hackathon this idea came to reality and Soundy was born. A Giphy for sounds. A platform where we could easily upload sounds from youtube videos.

Of course design was not exactly as we wanted, and a simple Ruby on Rails application doesn’t allow us to have a proper UX as we would like Soundy to have. But it was 48h hackathon and it was working.

Later, with the help of our intern Rafael during our Investment Fridays, we improved the design, converted the frontend into a React application supported by our Rails API and increased the number of sounds in our database.

It was a big step that finally allowed us to publish it on Product Hunt!

###Digital meets Physical Since the beginning we enjoyed a lot playing with Soundy. There was a ton of nice ideas coming in but we couldn’t tackle them all. So even before new Soundy developments we picked one and we converted the traditional web application into something more physical.

On each Friday a member of our team has the duty to teach something new during lunchtime. We call it Lunch N’ Learn (LnL). In one of our LnL, our designer and maker Tomás taught us how to build a SoundyBoard using Arduino. We followed all the instructions, choose some sounds and we end up with an amazing piece of art.

It was an awesome LnL and we started using SoundyBoard for almost everything: the awkward moments in our meetings, when we need some extra motivation or for the normal round of applause.

Now, let’s discover what we changed more since day 1 in the next section!

Four months ago right after new design and the core features to add and search sounds, we launched the project on Product Hunt. Our goal was to get some feedback and decide what would be our next steps.

We had several comments with some ideas of what people would like to have: API, slack plugin or images for each sound.

We also shared it with other communities to have more feedback and of course to grow our sounds database.

So we decided to implement a couple of features that were crucial for Soundy to grow up.

First an open API was a crucial step missing. It allowed others to build their own applications on top of Soundy which brought us more active users and new sounds.

Social networks are always a nice tool to spread the word. And we couldn’t find a better one than Twitter. Is there any better way to save some characters and still express that song in your head? So we decided to implement Twitter card properties so that any user can play any sound using Twitter’s player.

With new users and new sounds coming in we faced two completely opposite problems. During times with less new sounds being uploaded, our landing page was always the same which was preventing recurring users from experiencing new sounds and a new experience on each page load. On the other hand, we noticed that some users upload new sounds in batches with the same topic. So, it was quite usual to see a long row at the top with very similar sounds. This way we introduced a simple feature to randomise sounds on the feed or to list them by creation date.

Finally, and mostly due to the original idea of the SoundyBoard, we decided to allow users to listen to their sounds even when offline. By converting Soundy into a progressive web app, users can enjoy their sounds anytime when the moment comes and also page performance was improved by miles.

In the next very few days we’re planning a new release. To honor the roots of Soundy, a digital SoundyBoard is coming for both Android and iOS users. You can finally save your favourite sounds and use them even offline when the moment comes. Just stay tuned!

The database is growing we want to keep it that way with more sounds and new users. However, we are still looking for more feedback, new ways to have more people using it and sharing it. So, we need you!

If you think this is a project that is worthy of your attention, share with us all your thoughts, questions and ideas and help us grow! 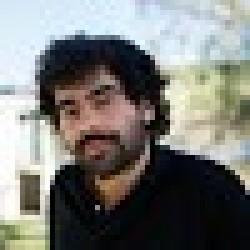 Is code the best part of your product to outsource?